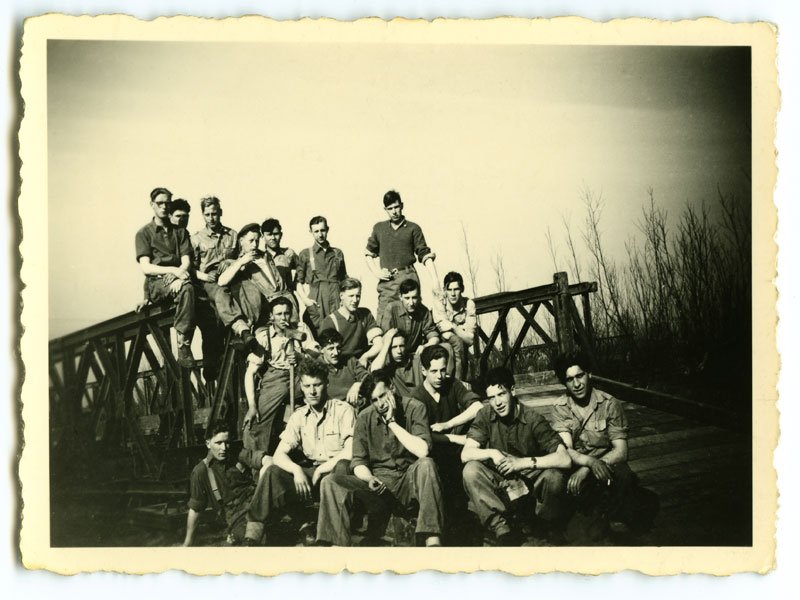 A variant is the Bailey bridge for Manifesta 7 (2007) that was built over the rectangular pond in front of an aluminium factory built in Bolzano under Mussolini. In  World War II many bridges were destroyed by the German and Italian armies but the Bailey bridge proved to be a good solution of this problem for the allied forces. In Italy alone more than 3000 Bailey bridges were built and some of them are still used today.
But a Bailey bridge over a pond? It’s as useless as a submarine in front of a museum because there is no reason to drive over it; 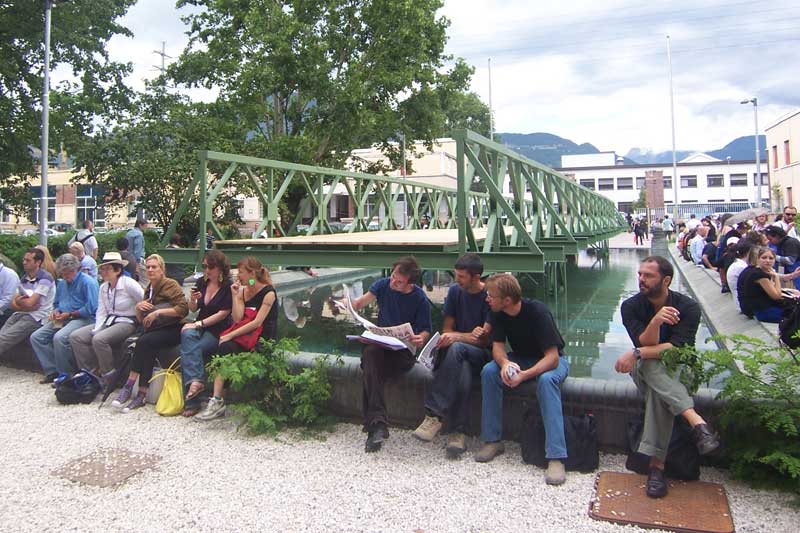 ponds rarely ask for bridges and most certainly not in this case: the pond has no practical function, it is no passage way but exists only because of its esthetical function and maybe to enhance the importance of the building behind it. Reflecting on such a bridge we realize at the same time the function of the pond: its existence ultimately reflects power, capital, war industry. By building a Bailey bridge over it this representative function is emphasized while at the same time making it seem rather ridiculous. And on closer inspection the bridge itself is also a kind of folly; it was never finished but ends abruptly on both sides. So it isn’t a bridge over but rather in the pond and whoever would try to drive over it would not be able to access it in the first place and even if he miraculously  would, he would just fall off it at the other end and find himself pathetically in the pond. In this way the war as such is made to seem absurd and I think that World War II may be taken here as a symbol for any war: what good do they create? If everyone would possess the same bizarre sense of humour De Bree does there would perhaps never be war again… At the same time this bridge can, on a more serious level, be regarded as a kind of monument, a war memorial or a monument against war. Seen in this light form as well as material, which are basically  of a purely functional nature, look suspiciously like a minimalist artwork based on repetition of geometrical forms – in other words, ‘modern’ art is ridiculed here as well, not only formally speaking but also with regard to meaning: in this example art as a weapon in struggle is as unsuitable for an attack on Mussolini’s building as the submarine was for an attack on the museum.