Sketch, building and pictures of the work. 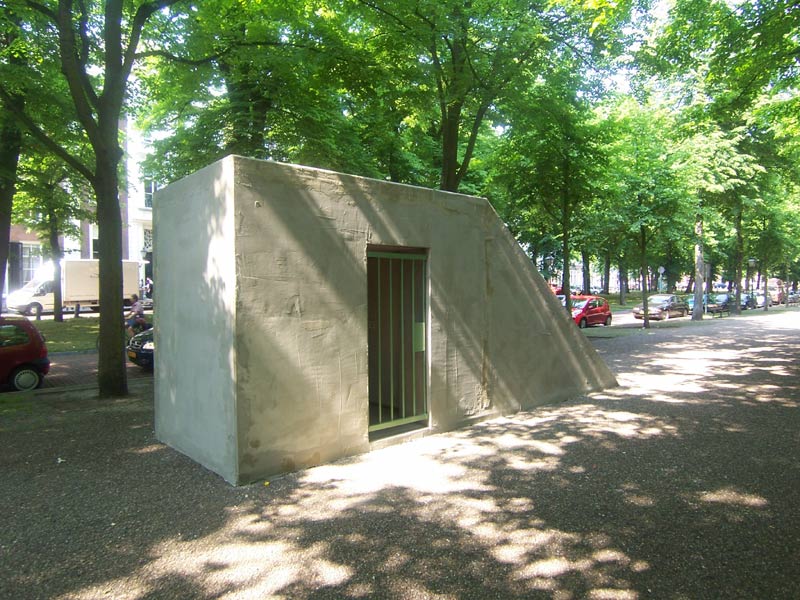 In the summer of 2006 there stood a bunker in the middle of the footpath on the Lange Voorhout, a remarkable appearance that we will not easily take for granted but what is in or behind or underneath the bunker? Where will the door that is always closed lead us? Is it just a folly, afake bunker of the size we can see and is that all there is? I do not think so because in that case there would be no valid reason for it to be there in the first place. Lacking official information we will have to use our imagination: I can imagine the bunker to give access to a more extensive security mechanism. 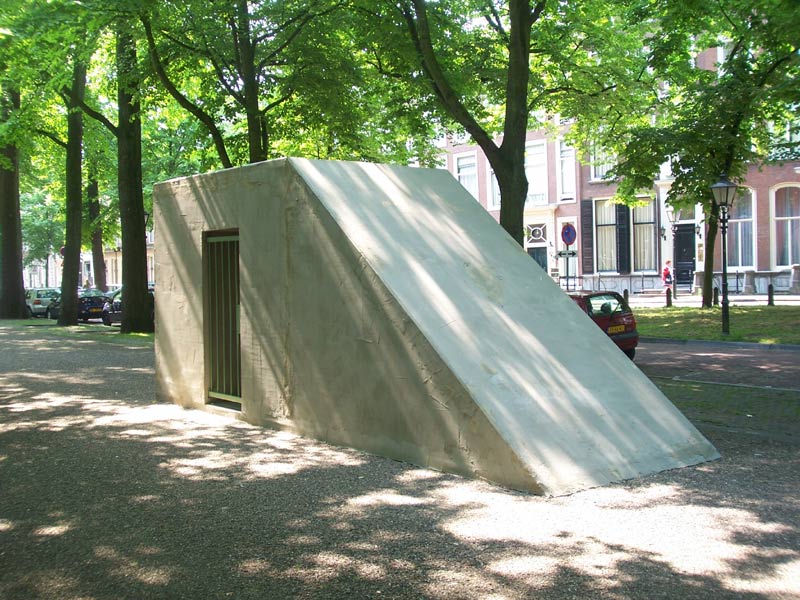 Maybe there are secret passageways under the Voorhout. After all this spot is very close to government buildings, embassies and other representatives of power who should be able to escape in case of an emergency. As it happens there are is indeed a network of passageways underneath the Binnenhof, the Voorhout, the Buitenhof and possibly elsewhere as well. There has even been a proposal to renovate part of it (underneath the Buitenhof) to become a discotheque, a plan which unfortunately was never realized. Here, as so often, reality turns out to be at least as bizarre as the imagination and the meaning of De Bree’s bunker is transformed by it: as fictitious entrance it becomes a part of the ‘underworld’, it becomes that part of the underworld which is situated in the ‘straight world’ and inversely the secret passageways become a part of the artwork without anything having been changed literally. There has been no other intervention than a suggestion of their possible existence and this suggestion turns out to evoke a reality which is not fictitious at all but completely factual. This is how confusing tautology can become, especially if we are tricked (as we are here) by that other rhetorical device, the paradox (that is to say the bunker as an apparently alien element on the Voorhout) in the first place.