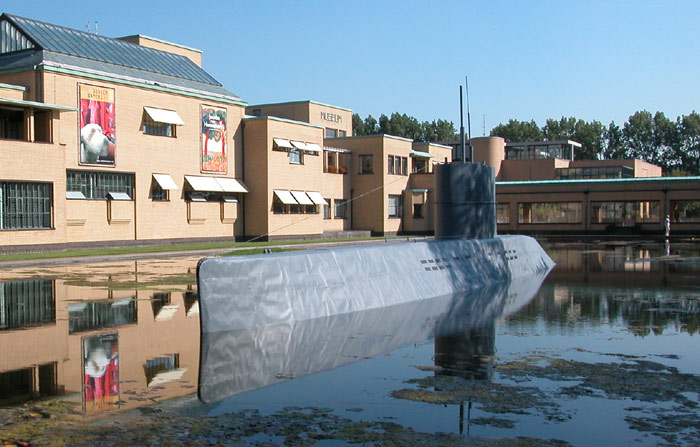 In Harold de Bree’s work mimesis, in its original meaning of imitation, plays an important part. His submarine in the pond in front of of the Haags Gemeentemuseum seems very much like a ‘real’ submarine, much more than like a sculpture. Of course I isn’t a real submarine but it manages to disguise itself as such, it could be real. I can use the words ‘of course’ in the above sentence because a submarine has no business in a city pond and technically there is no way it could have gotten there. If on top of that such a pond belongs to a museum it is self-evident that we have to think in terms of art, of a not unusual Duchampian variant. But then it is that very mimetic element, 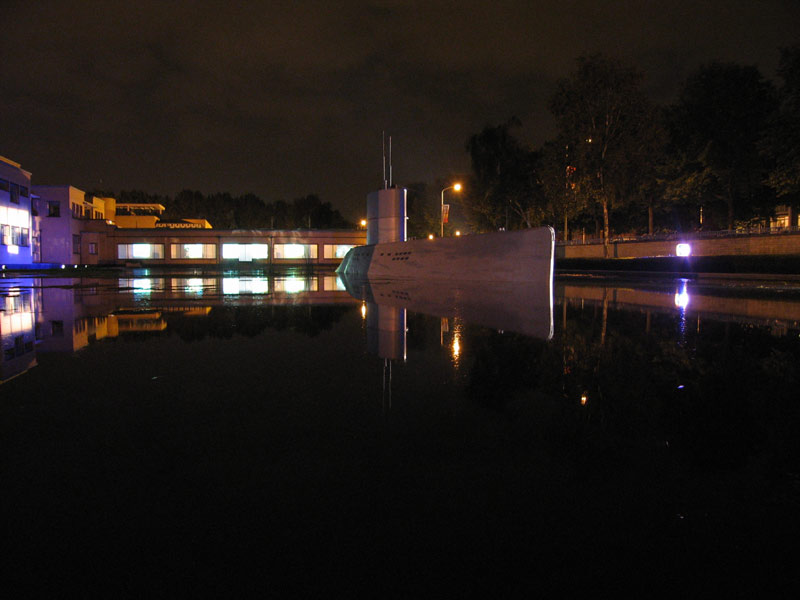 the similarity with a real submarine (an exact copy  of a Nazi submarine by the way) that provided the work with meaning. The scale is such that the object exudes an enormous and therefore unsettling, in a sense even threatening monumentality (especially at night the work looked definitely somewhat spooky) which rivals the monumentality of the museum building, as it were. It is not quite sure whether that building – also to be regarded as a metaphor: as an official art institute, a symbol of the establishment of the cultural tradition – will be able to withstand it. At the same time this boat can be there only because the museum’s director apparently had no problem with it and in this way the powers that be ward off this attack by incorporating it in their very programme.

The mockery the attack was from the outset can be deduced from the material of which the boat consists on closer inspection which in the end also makes it clear that this is not a real submarine after all (and thus it sheds some of its mimetic qualities in favour of context and maybe some (gallows?) humour. The fact that the artist at the same time takes the sinister qualities of the situation seriously as well can be deduced from a series of downright scary paintings which show a deep, thick darkness in which hardly visible submarines, other large weapons or a nuclear plant are shown.